i published pictures on the 3 former posts, cappadocia, van and tabriz, i invite you to take a look, the 2 first one belong to the most precious moments i spent during this trip!

Esfahan, "half of the world"! I guess this name is not too much for this magic city…
I walked all around the 2 last days with a friend from Trinidad met in the backpack hostel (4 euros night) (affraid to make spelling mistakes in his name).
We started by the amazing bridges where you can play Indiana Jones, walking under the arches and above the water on the lined stones. Under its really refreshing, and people chill out there! 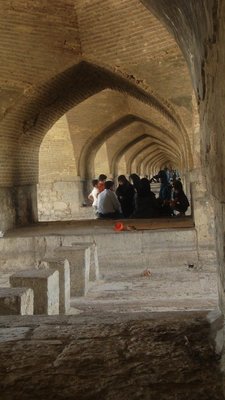 As we were Friday (muslim pray day), there were many families eating in parcs under the trees, drinking teas on big Persian carpets, children enjoyed the fountains XD 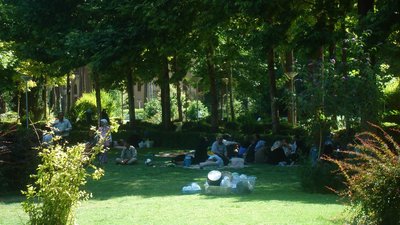 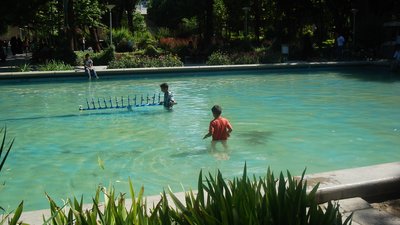 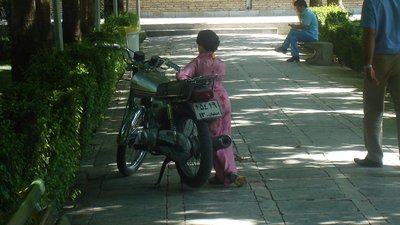 Nice athmosphere, relaxing! We entered in the most beautiful hostel of Esfahan, where the queen of England slept, just for Persian exotism: 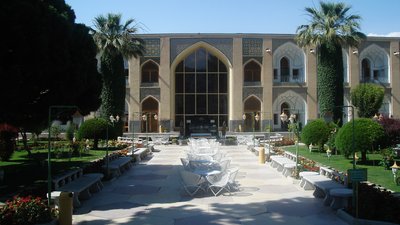 But the most amazing, the second biggest square in the world after Tiananmen, the imam square, 2 mosques belonging to the most beautiful of the world stand there, incuding the famous blue mosque. 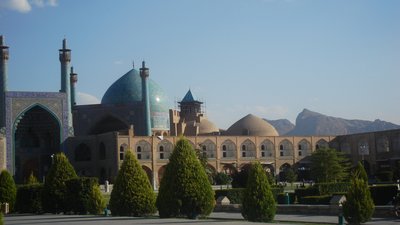 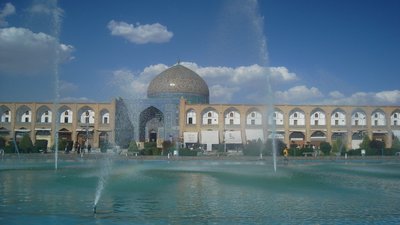 We stood a long time in the Sheikh Lotfollah mosque, looking carefully at all the details on the tiles. I really enjoyed watching the light changing during the sunset on the walls, it gave to the whole a strange mystc athmosphere. There is a funny opic illusion inside, the round roof give the feeling that the mosque is round, but it’s a square…. 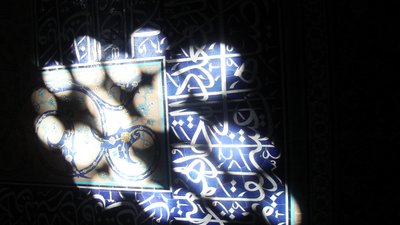 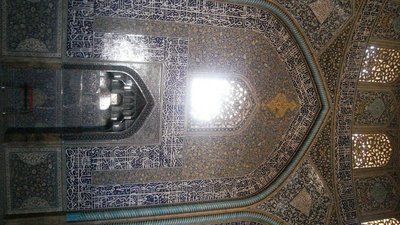 And the blue mosque: there is only beauty, how many people gave all their heart to make this place always more beautiful? Not even one piece of wall has been forgot... all covered with blue tiles from the floor to the roof (main dome is more than 36 meters hight!). I stopped breathing and felt like diving in a big aquarium! Even more cause echoes here are calculated, scientist counted 45 but only 12 can be heard by human hear. 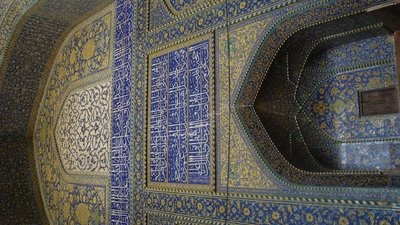 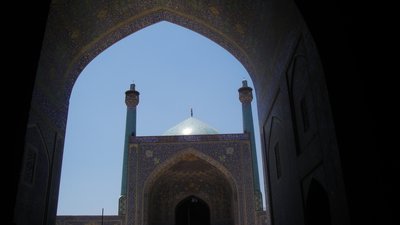 And finally the bazaar, with al shops selling exactly the same products at the same place, motocycles with meters of packs driving all around, people sleeping on pyramids of carpets. Colors, smells, softness… this is a strange place at the edge between tradition and modernity, pictures will speak better than me XD
And where you can eat some even more strange things: rice of ice cream and cream ice cream, or bread with meat and curry sauce, the traditional gaz candy… 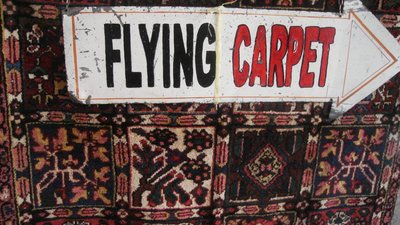 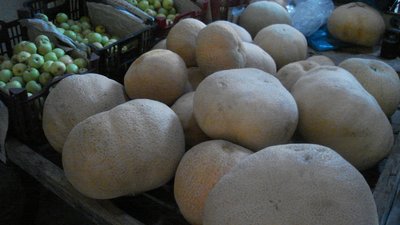 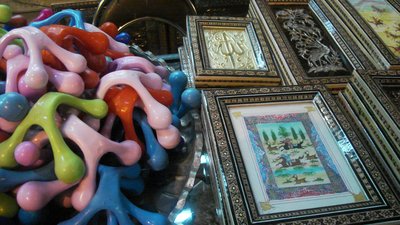 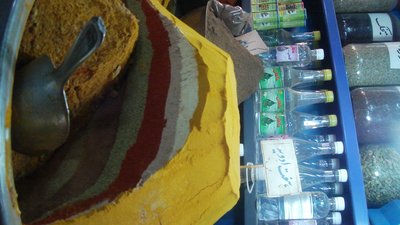 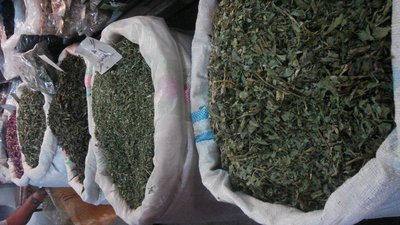 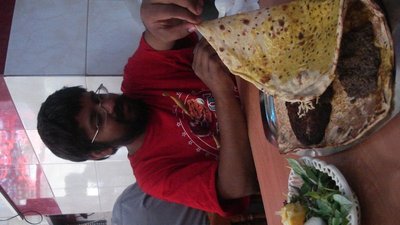 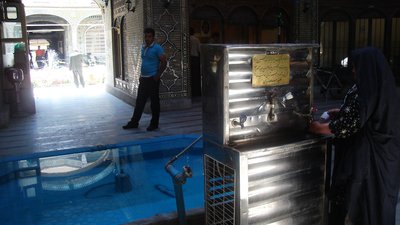 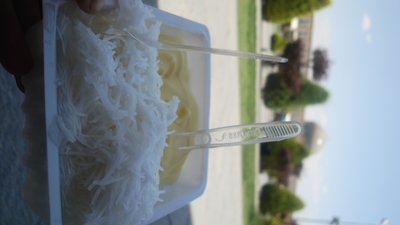 But I guess what I prefer, this is the hot flat bread just get out of the oven, for not even 5 cents. With yoghurt and cucumber and tomatoes, difficult to find better (for so cheap!)

tomorrow i will leave to yazd! 4 hours bus from here!

Posted by hanso 06:54 Archived in Iran