Bad luck! The 10 last days had been so amazing, so incredible that it should have appear at one moment anyway!
Guillaumes mother felt really sick, as we were on the road to makarska, then he decided to come back in france in emmergency. I went back to Split as well just the time to reorganize myslef but i had already took my decision anyway, i just wanted to let some time pass on it. Its all right now, no more wild camping no more hitch hicking, i will use public transport and make some parts of the way by feet. Tomorrow i will go to Kotor, Montenegro by feet and then to durmitor national parc, then to Serbia, macedonia, grece and istanbul.
On the way to Dubrovnik i realized that there is something more than human in every human, something that lead people to take some ways that can seem to be impossible to understand. I have the feeling that i didnt choose anything that im doing, its much more instinct, which lead me to my supposed fate. Its the instinct of everyone to find happiness in his own way!

I feel sad to dont be at the side of persons i love so much, but i feel really well actually. Being alone on the road give me a feeling of freedom, of opening to all experiences that i feel for the first time since the beginning of the trip. Travelling with somebody else is totally different!
Im sure now that im strong enough to go to india, im able to change plans if thats too risky to do this or that, im abloe to secure myslef a maximum and to enjoy the new experiences.

To come back to the last days, i saw some dalmatians cities between Split and Dubrovnik, and passed in bosnia for an hour

(the bus passed by the city on the coast, but nothing special to see) even if Dubrovnik is wonderful, with the huge old stones, the palaces in front of the water, the small streets parralel on different levels, the most wonderful city in dalmatia is Split for me! 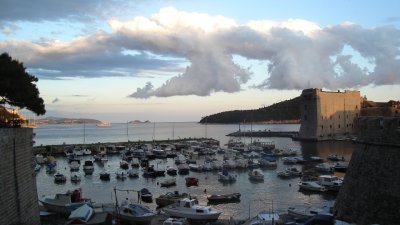 All center is a unesco world heritage, the whole is built on the diocletians palace 245, 313 AD, so there are some original column in the middle of cafesor banks, parts of walls of the romans empire, middle age, and new age, on the same facades, arches, old stones on the floor are polished by passage of visitors in those very small streets dispatching as a labyrinth. Its so cool to walk bynight between cafes, live music bands outside, betwen the clothes drying, which look like phantoms. So strange athmosphere, its so cool to know that somewhere in the world there are such anachronic jewels . Croatia, the country with 1000 islands is definitly an amazing country!Especially in dalmatia, you can find at the feet of the mountains millions of small pebble beaches, while you swimm, you can se fishes under you, and the water reflect the sun as million of diamonts. 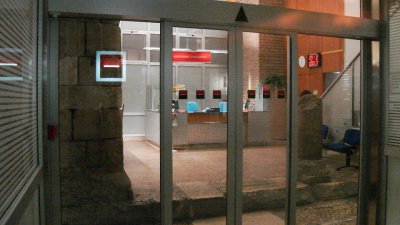 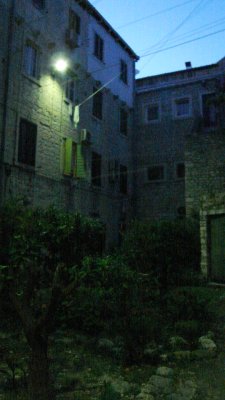 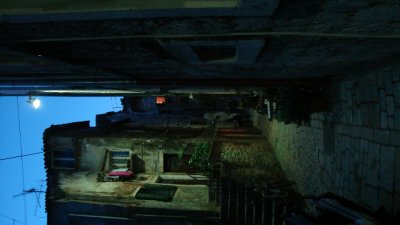 Pity that amability of people in touristic places is not always here... but i still go from surprises to surprises, as i explaindžed for people, landscapes, but also customs, for example im thinking about the stickers placed on the wall on the very early morning to show who was dead the previous day, each one stop in front of spend some time reading and continue his way, alive...

will write when i will arrive in kotor!
CU!

Posted by hanso 11:49 Archived in Croatia

bad new s for you . Don't take risks alone . Is it possible to find somebody else to follow in a safety way ?