i just finished to post the article that patrick offer me a motocycle ride in the new belgrade (which is more old communist building but there are wonderful places as well), i accepted immediatly and we left. seen from the motocycle belgrade is much different! passing under the fortifications i felt like galoping on a horse preparing to attack the castle! we took a jelen pivo, local beer, on a floating boat on the sava, with the sunset behind. so peaceful!
and he brought me back to the hostel just in time to take my train to sofia. i left and 10 sec later i realized that i forgot the balkan pass on the tavern table at lunch... ohhh boy i came back to the hostel in emmergency, and patrick jumped on his horse, and we take off to the restaurant.... nothing and in the train station after: no way to make a new one... anyway the train has left, will be for tomorrow! we went to see the biggest orthodow church by night, which looks like a big creamy cake and came back to the hostel. 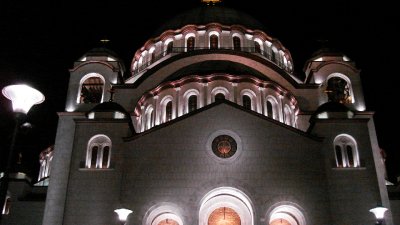 on morning marco, the receptionist, patrick, christophe will come with me to the restaurant again, and marco will call the train station. nothing more... so we will spend the morning together, going to marco faculty, bookshop, vegetable market, and eating huge sweat and salty pancakes (crepe size roll into a corn and stuffed with your choice of ingredients). i will buy then a new flexipass...

in the afternoon, i will met again jennifer, total hazard, in the street (from toronto, we met in lubliana!). we will discuss a while, world is small XD

i will come back to the hostel and patrick was packing, and ready to leave. saying goodbye was really difficult. i felt suddently as if everything in the world was sad of this departure, even the sky started crying, and i suddently felt really oppressed by everything. happy christophe was here, and we will spend a nice afternoon walking aroud, eating burek, and he will offer me cakes from paul (but written in cyrillic: very funny!) 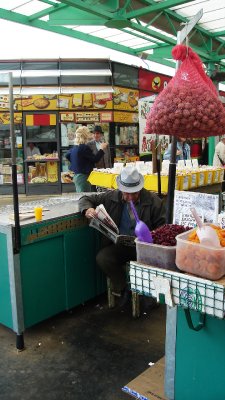 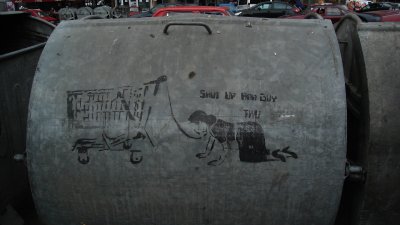 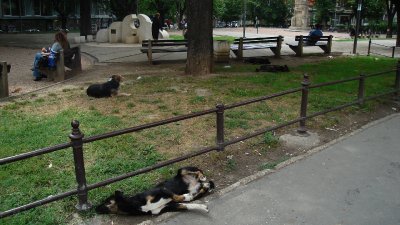 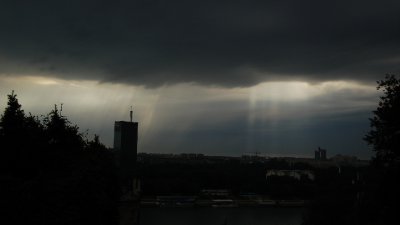 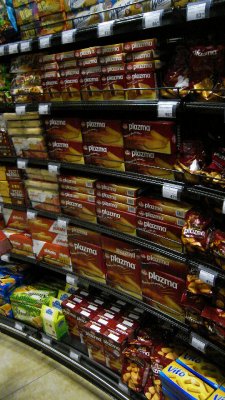 and finaly i will take teh night train to sofia, and saying new goodbye. i felt a bit bored, and wanted to be a bit alone when 2 french guys in erasmus came to talk to me.
fastly we felt asleepanyway, and when i woke up... no more cell phone.
i made a huge mess at my place, at 4am. nothing left! i saw a guy passing in the corridor, and smiled sadly at him. he came to see me, and we start discussing a bit (even if he didnt speak english that well)... after a while i told him what happened. he was a bit confused for me, and brought back some herbs, we smoked, and cheers with coca cola, he shew me pictures of his children, i explained him what i was doing, and then he asked me if my cell phone was expensive..
i understood everything and answered him that it was just to call parents, an old model which have no value at all. He asked me to dont say anything to the police, but his friend finish a phone call and he will give me this back. i smiled and tell him that i dont care as long as i have my phone, he can do whatever he wants! he kept his promise, and he will present me all the persons passing in the train, the old women are cigarets trafficants, him as well, the other is in chocolates, that guy in phones, that other one in herbs... i guess with the 2 french guys we were the only tourists! at the border they found some cigarets, but if i believe his eye sign at the exit, and his unaudible thank, they reached their shot! it made me laught

i will explain all this night with a coffee in sofia to the frenchies, and i will leave them to visit this crazy city by myslef. its buzzing everywhere! no way to be quiet, people are running everywhere, shouting and are everywhere. Happy that in some second you can find a dark place smelling the candle under golden roofs in the orthodox churches, or a place in the huge parcs in the south of thecity! i wont stay long, i dont really enjoy the city, too big, too crowded, too messy for me! 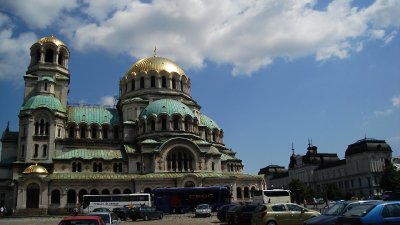 i will me several persons at the train station who will be really helpful and in the train, i will discuss with a bulgar for some hours, head passed by the train window, watching the amazing bulgar country, from hundred years ago and so wild!
i will land in a small village where i will miss the other train, and as nobody speak english i will wait one hour at a place where nothing came, just taxi driver ad stray dogs (6 at the end!), to deal with me.
a bulgar very kind (he came back from fitness and swimming pool) who was able to speak a bit will bring me to the real bus station, smiling at my stories, he will pay my tickets, and explain me lot of typical stuff and villages stories.
ok i will visit veliko tarnovo tomorrow, a good night of sleep in the really cool 8 euros hostel with breaksfast, internet, huge common areao and where im alone in the dormitory will be cool :D
tomorrow at 6pm, train to istanbul

Posted by hanso 13:22 Archived in Bulgaria